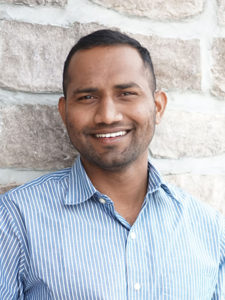 Ashok is a very enthusiastic Construction Project Engineer who joined the CSA team in 2018. He has always known that engineering is what he wanted to pursue as a profession, stating that there was “never another thought.” In high school, he was very good at math and was groomed toward studying engineering by teachers and other influential adults, so it was no surprise that he attended the SRM Institute of Science and Technology in India to earn his Bachelors of Civil Engineering degree. After carefully considering several offers to study in the U.S., he chose to attend Cleveland State for a Master’s in Civil Engineering. While in Cleveland, he quickly adjusted to the colder climate and nuances of American life as he finished his degree.

Throughout his time in school, Ashok played cricket, lead his team to earn a Division Championship title for his high school county, and enjoyed late nights on the beach with his friends in college. Ashok enjoys watching sports (Formula 1, NFL, Football, Kabaddi and Cricket) and listening to sports podcasts he also enjoys books by Chetan Bhagat and Dan Brown.

Ashok brings his enthusiasm for learning, his dedication to succeed in the field of construction engineering. During the past 3 years at CSA, Ashok successfully completed various residential and commercial projects.