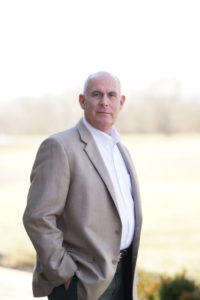 Pat grew up in Northern Kentucky, and following his father and twin brother, enlisted in the Marines just after high school. Pat spent 8 years in the military, attaining the rank of Staff Sargent, and was the youngest graduate of Drill Instructors Academy at the time, graduating second in his class with honors. Pat also served as a combat and warfare specialist and spent time in Marine Barracks Guard at a top Security Naval Ammunition Depot.

After leaving the military Pat began his civilian career with DuBois Chemical as Manager of Product Development and attended the University of Cincinnati for Business Management and Analytics. During his career with Dubois, Pat was promoted to Director of Business Affairs and Large Chain Account Management, receiving several awards for excellence. Pat was also promoted to Director of Industrial Products and Systems Development and eventually Vice President of Product and Systems Development. After 16 years, Pat was recruited to Texo Chemical as Director of Industrial Products and Systems Development (Heavy) specializing in chemical products and automated mechanical systems for the trucking, and rail industry. Pat also became Director of Sales for the US, Canada and Mexico and Project Executive in charge of systems design and a national service organization working with major clients such as Amtrak, CP Rail, FedEX and UPS. Pat has extensive experience in business process and project management on a national level.

Pat spent time as Director of Community Development for Corporex Companies working on a variety of major development projects for the City of Covington and over the last 8 years has consulted for a variety of organizations in business acquisitions, business management and organizational development.

Pat has two grown and successful children. His son, Brian, is an M&A Attorney in Cincinnati, OH and his daughter, Andrea, is a CPA with a major accounting firm in Louisville, KY. Both are graduates of the University of Louisville with honors and Brian attended Vanderbilt College of Law in Nashville TN.