Vice President of Construction for CSA 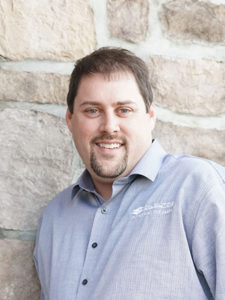 Richard Ritz, Vice President of Construction, is hardworking, direct, and diligent. Richard grew up in upstate New York (or as his co-workers like to say, Canada). Born to two hardworking parents, he is the oldest of four boys. Being the eldest, leadership came naturally.  While attending high school, Richard participated in the Board of Cooperative Educational Service (BOCES) Heavy Equipment Program. Richard has held various positions in the construction industry from field laborer to Vice President of Construction and everything in between.

Richard graduated from the State University of New York (SUNY) Dehli with an associate’s degree in Construction Technology and received his Bachelor’s Degree in Construction Management from SUNY ESF (Environmental Science and Forestry). While at SUNY Delhi, Richard was part of Omega Delta Iota fraternity and even served as the president.

While finishing up his Bachelor’s Degree, Richard took every opportunity to work for Tug Hill Construction.  Winter break, Spring break and summers were dedicated to gaining experience as a project engineer/assistant superintendent.  A keynote project Richard was diligently involved in was a Tank Range for the United States Army Corps of Engineers on Fort Knox.  He gained invaluable hands on experience with supervising work, estimating, and managing projects. Richard continued working there after graduation until relocating to Pittsburgh in December of 2007. Richard then started working for a large bridge contractor, Brayman Construction Company, as a project manager. He was responsible for the administration of assigned projects including cost tracking and analysis. Along with superintendents, Richard managed daily on-site project operations, as well as the coordination of submittal and invoice packages, cost control, safety, material and equipment allocations. Richard was also responsible for providing project estimates for bidding purposes. He worked on projects throughout Pennsylvania, Maryland, West Virginia, Ohio and Kentucky. Richard has both his OSHA 10 Hour and OSHA 30 Hour certifications. He is a qualified rigger, qualified signal person and has his CPR/First Aid certification.

Richard’s work experience and education gave him a background rich in practical construction experience and the skills necessary to navigate construction projects between clients, subcontractors, government entities, and other team members. He joined CSA in 2016 as the Senior Construction Manager and has quickly become a vital part of our team.  Richard received a promotion in October 2016 as Vice President of Construction and ensures that all members of the construction department are actively engaged in moving projects forward to successful completion. He leads the team in developing relationships with both our clients and subcontractors, and is also a great example of a leader in the community by sponsoring opportunities to serve our local Ronald McDonald House several times a year.

Richard and his wife, Brianna, relocated to the Cincinnati area in 2016 with their dog, Grigio. They built a new home just over the river in Ft. Thomas, KY, where Richard’s favorite room is the fully functioning bar that he built himself. Richard and Brianna enjoy traveling together and have recently visited California wine country, Florida, Gatlinburg, and their home state of New York. An avid hunter and fisher, Richard co-owns a camp located in the Adirondacks with his three brothers. He has also gone on numerous hunting and fishing trips throughout the United States including: Alaska, Colorado, Florida, and Texas.